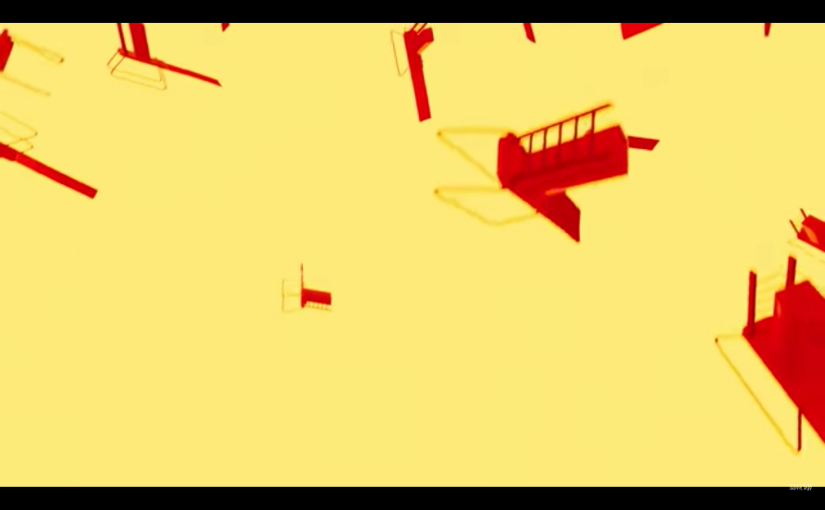 I’m not really sure where to start here, because if you had told me a year ago that I’d be reviewing a Trippie Redd song for Indie Pong, I’m not sure I’d have believed you.

I’d like to be clear, this is 100% not fair to Mr. Redd or his music, because all I knew about him previously was that a few of my old middle school students held him in very high regard.

In any case, he, Chino, and Travis Barker have impressed me here, and we need to talk about it.

When I invoked Karl’s all powerful, “God-tier” descriptor up top, I meant it.

This an ASTONISHING widescreen panorama bliss bomb of a song, and I want nothing more than for its chorus to melt in my ears, for the rest of time.

Full disclosure, I came to this, curious to hear Chino Moreno’s contributions, and I’m not disappointed in that department. This sounds an awful like one Deftones prettier excursions, and it’s structured like one of them too. As is the case with most of the band’s tunes, we only get the chorus once the first time around. While it’s a bit formulaic at this point in Chino Moreno’s career, it definitely leaves you craving said chorus even more here, and then you feel fully satiated when it hits for the second time.

And what a chorus it is.

I just… I don’t know. Aurally, it’s the equivalent of coming across the Supreme Empress of the dark-haired, brown-eyed women, up in the mountains, as she’s watching the sunset. When you’re 10 feet away from her, the sun flares, casting her half-turned head in perfect silhouette, mouth slightly agape, because she’s been waiting for you to find her there, and for a moment, everything is perfect in the world.

Redd and Moreno’s voices trip (ouch with the puns) all over each other here, with Moreno owning his patented lane of breathy ethereal whispher, and Redd sounding like a young Howard Jones?

I guess that’s what surprised me the most about this. Yeah, Trippie Redd is auto-tuning it, but there’s a boom and power in his voice that his peers don’t have. Hearing this, I feel as though he’d be fully capable of steering an album’s worth of these tunes. Lyrically, he isn’t as painterly as Moreno, but what he lacks in subtlety, he makes up for with presence and emotion.

It sounds like there are some back-mixed shouts and screams in here too, and whether they’re from Redd or Moreno (or both) they add a wonderful textural element to the proceedings.

Speaking of texture, let’s give Travis Barker some shine here.

Abe Cunningham, Deftones resident skinsman, is perhaps one of the most-forward thinking and adventurous drummers in modern metal, and Travis Barker knows he has to compete with that in recording with Mr. Moreno.

And he does. He really does.

He’s not biting Abe’s style either, he sounds like himself, but it is really exciting to hear him play some widescreen shit, because that wasn’t exactly his forte in blink-182.

In any case, if you haven’t already hit the link above, do it now, because… I don’t know… this just isn’t how I expected my Friday evening to begin.

Congrats to all involved, you’ve created one hell of a tune.