I am a bit partial to Ruben Zarate (the human behind Dante Elephante) since we share the same hometown, but don’t let my bias fool you, Mid-Century Modern Romance is a must listen no matter where you’re from. The title of the album heavily prepares you for what you’re about to hear and experience, everything else I say is just additive word vomit.

Smooth, disco infused melodies paired with positive and love filled messaging – this 26 minute long album will only take up a small portion of your day, but will leave you feeling great for days. Be prepared to get groovy and get happy.

The first track on the album “Find Somebody to Love” is some classic feel good music that transports you to another era, but also feels like a hilarious personal attack in the best way possible. The lyrics literally say “so don’t stay at home, waiting all alone – go find love, you’ve got time“. RUBEN I AM TRYING but I also really appreciate the support. Some us of single folk really do sit here expecting the love of our life to show up at the door. (Um hello, isn’t the next delivery man going to be my forever person?)

“Jeni” is an obvious call out from this album as it’s groovy and written about his real life girlfriend, Jeni. Here’s a lyric video of the two of them eating delicious food. As one of three Indie Pong members who joined on Instagram Live earlier this pandemic and just ate pizza in front of y’all, I really appreciate this.

“Santa Barbara” is another favorite, especially if you watch the below lyric video. As a fellow native of the beach town, I’m geeking out on experiencing this video taking me for a cruise along Cabrillo BLVD.

Dante Elephante has been a local town favorite of Santa Barbara since his debut album German Aquatics in 2013. Now that Ruben has established the name as his solo career, you can really witness his evolution and growth as his sound and style materialize. Another artist to keep tabs on as you go about your life, I expect nothing but more great tunage from Dante Elephante in the future.

This time I want to share with you an artist that I mentioned before but as MadZen and now under his other moniker MDZN (almost the same right… but without vowels) this is for his electronic techno/ambient project.

Last week he debuts with this single called MAZE a “mesmerizing tune easy to enjoy” quote my own words in his SoundCloud. Also, I have to say that this track invites you to have a fun cool drink and move to the beat… Is it just me? What do you think? A perfect tune for a lounge bar or a dinner with friends. You can check out his YouTube channel and heres the track.

And today he’s back again with Outta This (This World)

Another enjoyable track just in time to enjoy this weekend with red light talking about México City and the pandemic situation that it’s getting worst, in fact, this shi**y scenario avoid me to join our family for this Holidays.

Askin MadZen where the inspiration for this track comes from he replied: “I was inspired y the effect the low frequencies have on us, by the warm feeling they can heave and at the same time in the feeling of spiritual connection that you can come to have almost until you  reach an ecstasy out of the body…” Deep s**t my friends, can you feel it? Listen to this track and make your own opinion.

P.S. If you enjoy discovering a new artists you can check out my recent post 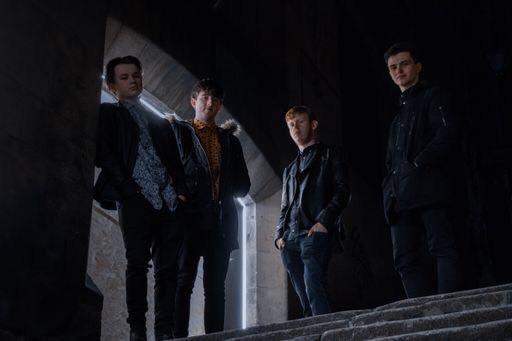 In September 2019 Apna a four-piece rock band from South Lanarkshire, Scotland debut with the single Who’s It Gonna Be? And one month later was released Black Star “favourite lyrics on the ep, it’s about something looking at earth and seeing it’s problems” after that only silences… until today.

We have now their debut EP with 3 new tracks that the band presents in their own words:

Hooked. “Planned to be a b-side, now one of our favourite tro play live and favourite to open with, its about someone keeping you on the hook.”

A Day At The Races. (IMHO their best track so far) “Written mentally while in work, its about making something of yourself”

Where Have The Good Times Gone. “About music and how its evolved to be more computer-generated in a lot of places”

Here the whole EP for our enjoyment.

I hope not only you can enjoy this track but also support this band streaming and sharing their work that obviously you can fin in the Playlist Less Than 1,000 Followers and Alterindie State Of Mind.

P.S. If you enjoy discovering new artist you can check out my recent post

Today’s Debut Track Of The Day is from Editrix a trio from Western Mass and their track Chelsea is a BANGER, the play the right kind of NOISE that I enjoy so much. And if this isn’t enough for you, I love the bands fronted by females and in this case is Wendy on vocals and guitars and their sound is infectious.  The rest of the band is Steve Cameron and Josh Daniel. 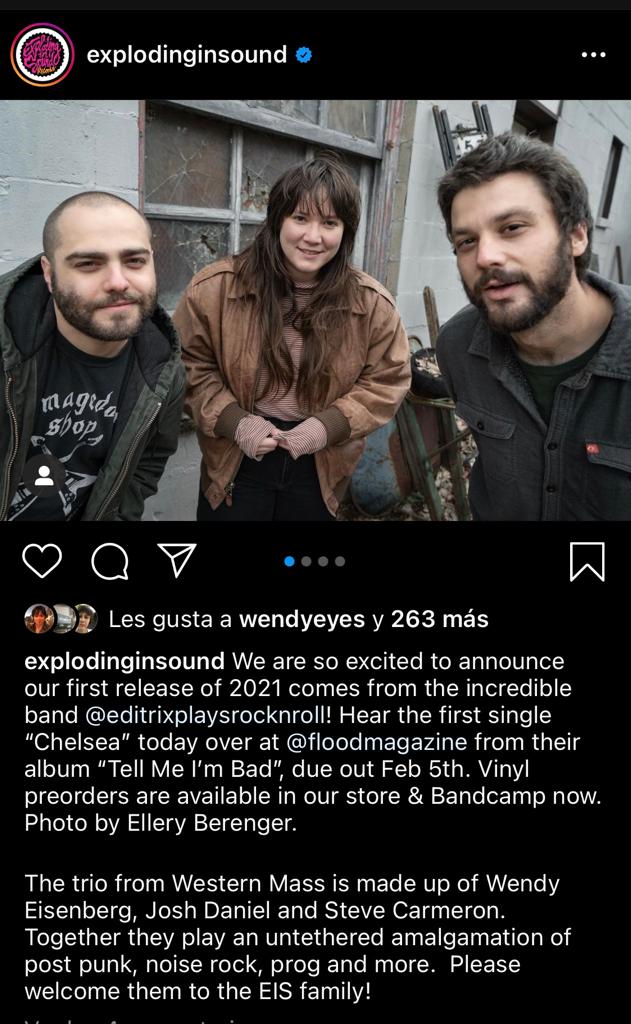 “Chelsea” by Editrix from their album ‘Tell Me I’m Bad’ out February 5, 2021 on Exploding in Sound Records. Pre-order at: https://bit.ly/editrix

I hope not only you can enjoy this track but also support this artist streaming and sharing his work that obviously you can fin in the Playlist Debut Bands (Of The Radar), also Fresh Singles, and Less Than 1,000 Followers and Alterindie State Of Mind

P.S. If you enjoy discovering new artist you can check out my recent post

Well, another round for you… Are you feeling the mood now? Are you tired of the same Christmas songs every year? I have a few new releases for you so different from the tracks you already know, let’s start this with a few of tracks released today

Or something that I find really ingenious but maybe someone can feel hurt by this one, it’s hard to use a classic tune that not only fit perfectly with the holidays but also uses The Nutcracker Suite Act No. 7 Dance of the Flutes by Piotr Ilich Tchaikovsky. Take a listen an make your own opinion… (sorry couldn’t find a Youtube link for this one)

And this next track is dropping next December 18 but if you can support my friend from Knut would be a wonderful thing, here the Twitter message and the track 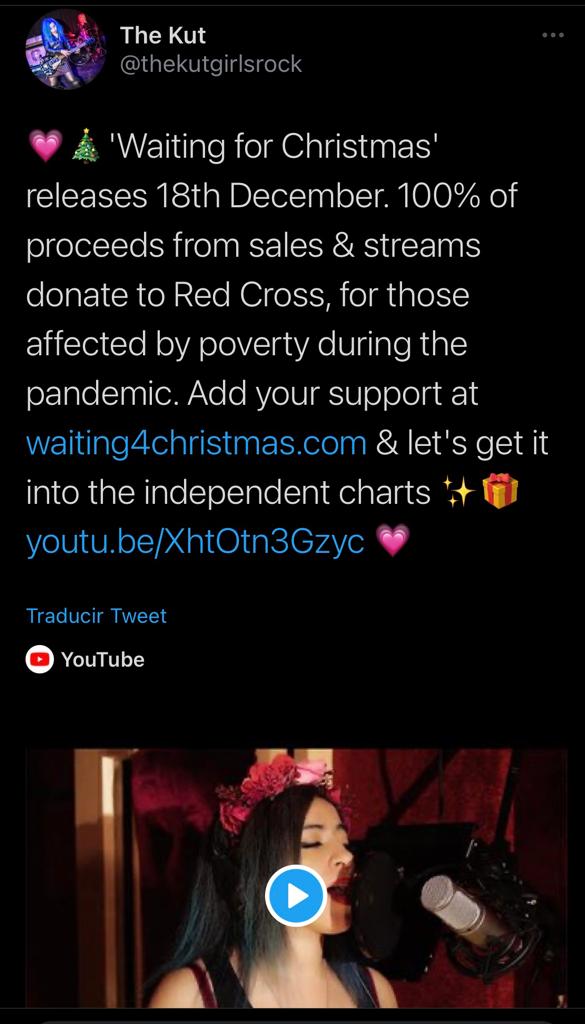 This track and the Living Body will be added to the Playlist as soon they drop.

City Mouse Don’t Blame It on the Mistletoe

As you can see if listen all these tracks are fully charged with a lot of or daily stuff we are facing every single day, might not be what you’re looking for a Christmas song but they’re for real. Hop you enjoy them as much as I do.

Here you have a tone more tracks in this Playlist

P.S. You can always find me here https://linktr.ee/Jpgchief

How about you? How are you feeling? Feeling the spirit or like the Leeds band Living Body and their unreleased yet track Don’t Kill Yourself (It’s Christmas) dropping this Friday on Bandcamp and next week for Spotify, I can tell you it’s great track talking about the mood a lot of people are experimenting these “Corona Virus” crazy times.

Anyway, I have a few tracks recently released that you might find interesting to listen to…

And a tone more tracks in this Playlist 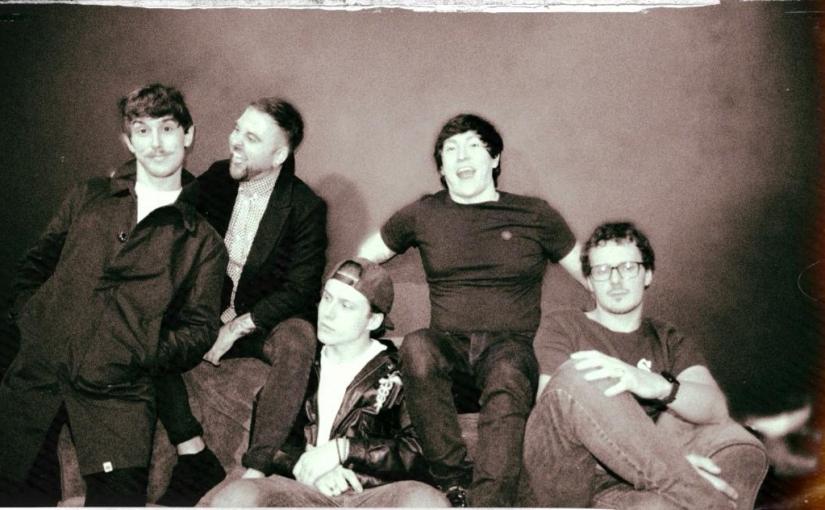 AN AUDIENCE WITH A CLOWN

Today Sunday 22 we have another great debut an alternative rock band based in Leeds, Uk. The CARDIGAN FIELDS stir up a mix of punk, grunge, and indie rock to produce a cocktail of raw, charged up, in your face, energetic, yet melodic noise!

Cardigan fields take their inspiration from a host of bands such as QOTSA, Rage Against the machine, Cage the Elephant, and Slaves.

And if you’re already intoxicated by their sound I have more good news for you, they already have a next single titled Timebomb a fast-paced track (that is going to blow your mind for sure) aiming to be reléase before this year ends.

I hope not only you can enjoy this track but also support this artist streaming and sharing his work that obviously you can fin in the Playlist Debut Bands (Of The Radar), also Fresh Singles, Less Than 1,000 Followers and Alterindie State Of Mind.

This brings to my mind   Fernando Delgaillo (he’s a “trovador”) and in his song “De la canción de Protesta” (of the protest song)… in this track he talks more o less about that the singers need to talk out loud the problems that we’re living in.

Well Sam just did that, I asked about this debut track and this is his answer:

“I have just released my first solo track ‘Half a Cent’. I wrote this track about the under payment of artists by streaming services. Spotify pay artists less than $0.004 per stream (hence the title Half a Cent), and it motivated me to write a protest song against the sorry state of the modern music industry, and the daily struggles that independent artists go through on a daily basis. Musically, Half a Cent is a fierce Indie Rock song that combines acoustic elements with soaring electric guitars and a pounding electronic beat to create a catchy tune perfect to start a revolution to”

I hope not only you can enjoy this track but also support this artist streaming and sharing his work (for what its worth) that obviously you can fin in the Playlist Debut Bands (Of The Radar), also Fresh Singles, Less Than 1,000 Followers and Alterindie State Of Mind.

What Can I do

Today we have a debut by Jojo Orme in her new Project Heartworms and the lead single What Can I do is pretty dope, a sick track something between post-punk and spoken word that I just love it.

I hope not only you can enjoy this track but also support this artist streaming and sharing her work that obviously you can fin in the Playlist Debut Bands (Of The Radar), also Fresh Singles, and Less Than 1,000 Followers and Alterindie State Of Mind. 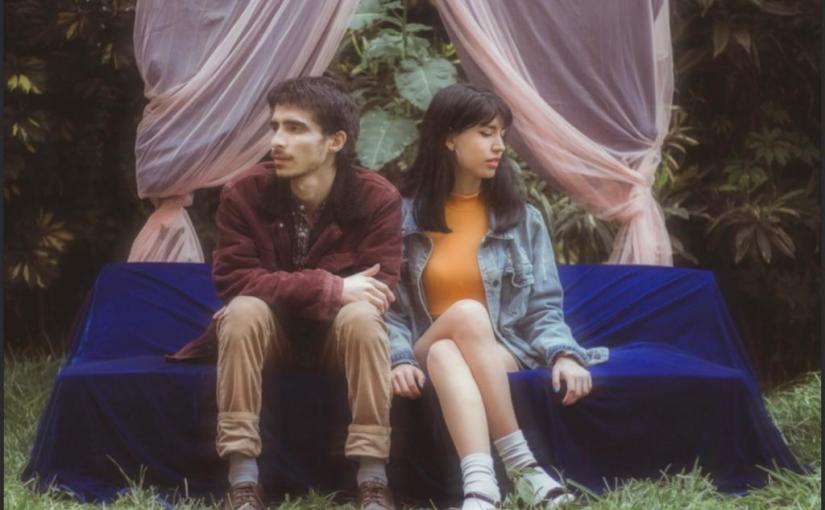 Today we have a debut band from Lima, Peru. Muchacha Punk (Adrian Calderon guitar- composition and Andrea Castillo vocals) an Indie rock fruit of dissolution of a previous band, the duo DIY delivers the lead single Cuan Mal Vas recorded in this lockdown part of their upcoming debut EP for next year out via LaFlor Records. 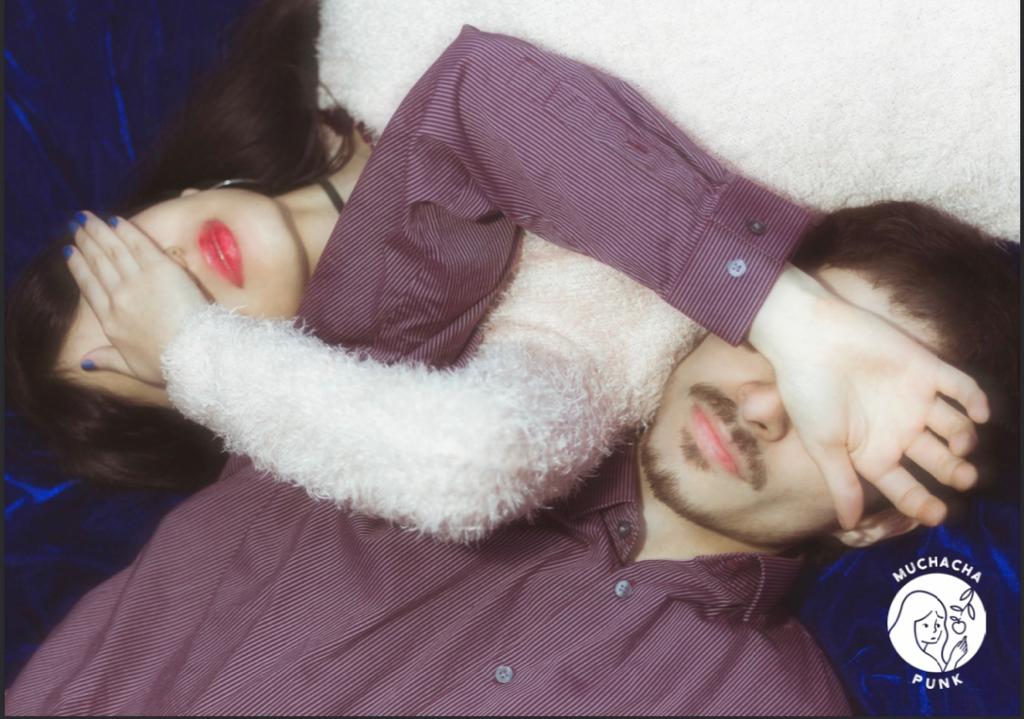 A melancholic sound from the ‘80s and ‘90s indie rock with strong influences from bands that these guys admire as Breeders, Pixies Mazzy Star, The Cure. I’m absolutely sure that you’re going to find this one as a solid first step in the right direction.

Remember that you can find Muchacha Punk and more than 360 artists/bands that born in this year, here in Playlist Debut Bands (Off The Radar)